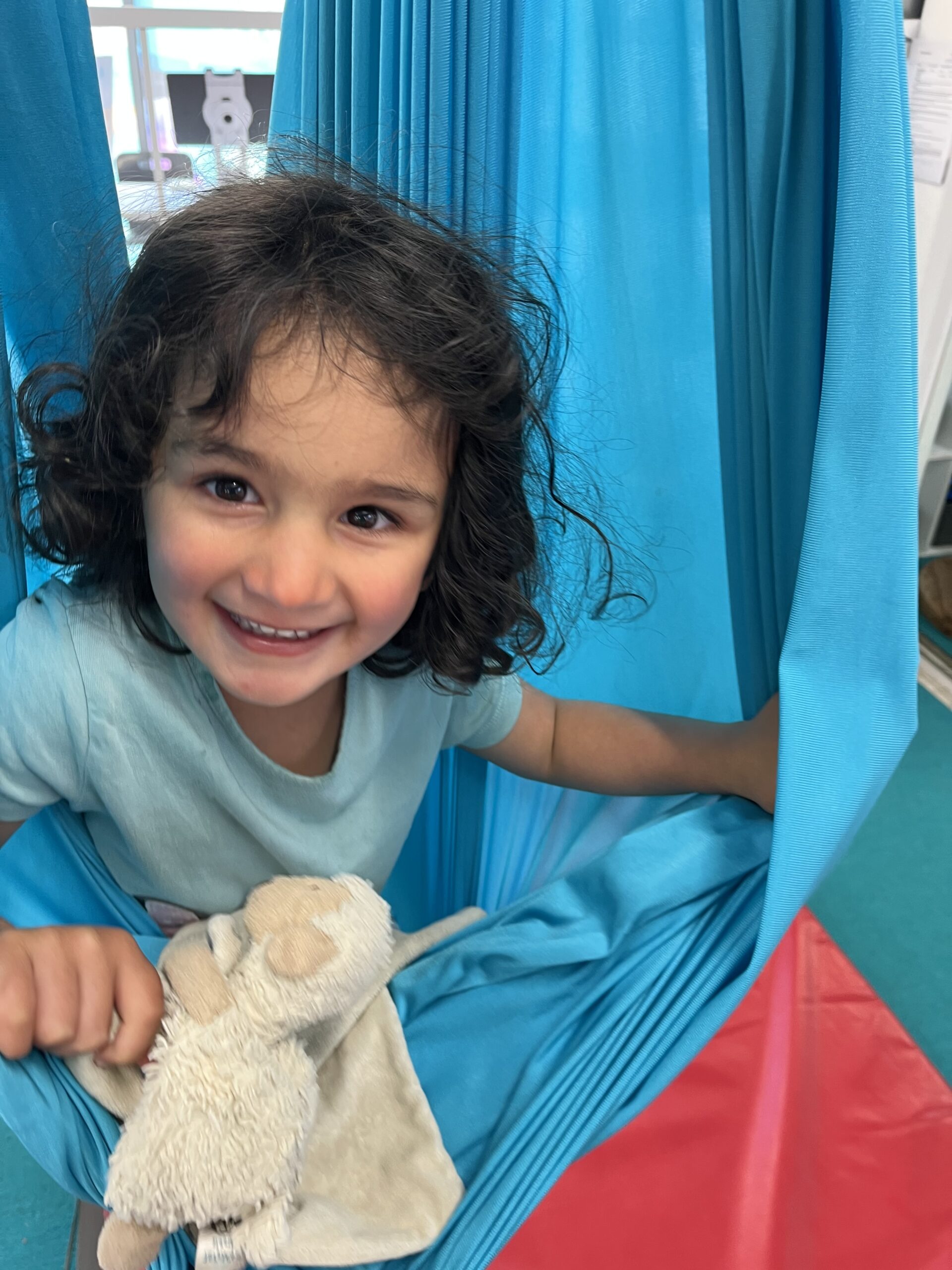 Our June warrior is the daughter of Alice Goldhill who has since joined us as a trustee and has been invaluable in pushing forward our work to improve awareness within the medical profession.

Daisy was born in October 2018 after an uneventful pregnancy. I remember feeling so lucky that our third child was here, and we took her home to enjoy life as a family of five.

Everything seemed fine until Daisy was about 5 ½ months old. We couldn’t put our finger on it but over a few weeks she seemed to become more subdued and less engaged. She wasn’t very interested in weaning or baby groups. Both my husband and I work in the medical field so we felt we should know what was going on. I recall talking with him about it and checking her milestones, which she was still hitting, so we agreed to monitor things and see how she went. Things changed when one morning she woke from her nap and did a funny movement; a few days later she did it again. My husband had the presence of mind to film it, and our hearts sank when we watched it back. A few months earlier, I had seen the UKIST awareness video on a friend’s Facebook page, so I was pretty convinced it was Infantile Spasms, and knew we had to take her straight to A+E.

In hindsight (certainly after hearing other people’s stories of diagnosis), we were incredibly lucky. The consultant on call was an epilepsy specialist and diagnosed Daisy immediately on the video evidence we had. We had an EEG within 24 hours, and she started treatment within 48 hours of presentation.

Like others, Daisy underwent a gruelling investigation and treatment regime. She had dual therapy with Vigabatrin and Prednisolone, which came with all the associated side effects. She had an admission with sepsis on Steroids, and ballooned in weight. Her development seemed to regress and our lives felt completely shattered. Our other children were 3 and 5 at the time and it often felt completely impossible to manage it all, despite being surrounded by amazing friends and family. In the darkness, I stumbled across the UKIST Facebook page, where I found boundless support and hope, and the reassurance that there were others out there that had walked a similar path.

After all the tests, we never found a cause for Daisy’s Infantile Spasms. Despite this, I tormented myself with what I could or should have done to prevent it, and was completely consumed with guilt. I was eventually diagnosed with PTSR and had EMDR therapy which was transformative. Since that time I have been committed to trying to help raised awareness of Infantile Spasms (especially amongst the medical profession), and felt extremely privileged to join UKIST as a Trustee in 2020. For me this has been a definite silver lining, and I love being a part of such an incredible charity.

In spite of all the challenges we faced, we thank our lucky stars every day – Daisy’s spasms stopped after her first dose of medication, and have never returned. After weaning off the Vigabatrin at 13 months old she went from strength to strength. Today, she is 3 1/2 and thriving. She loves pre-school, and amazes us every day in so many ways. We try to remain mindful not to overindulge her (given she is a third child already!) but could not be prouder of what she has overcome.